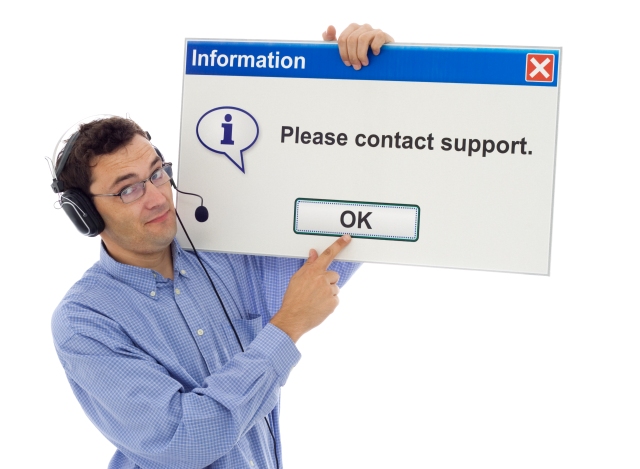 Long wait times. Terrible music and constant reminders about how important your call is while you sit on hold. Listening to people who are hard to understand read from a script. Explaining your problem again and again after being put on hold and getting disconnected. Welcome to the world of customer support. We’ve all been there and done that.

And then this happens.

I pulled the trigger and bought an Xbox One – Rise of the Tomb Raider bundle from the Microsoft online store shortly after midnight on Thanksgiving. I paid about $10 extra for 2-3 day shipping. The package shipped by UPS and tracking said it was on time to be delivered on the third day, Tuesday. Around 10:00 am Tuesday morning UPS tracking said delivery was on time. An hour or so later tracking said the package was in the delivery facility but they hadn’t put it on the truck so it would be delivered later – probably Wednesday. I called MSoft and requested a refund of the additional shipping cost because the package wasn’t delivered in 2-3 business days.

At first the MSoft customer support rep, who gave his name as Shawn, told me Wednesday was the third day because UPS was closed on the Friday after Thanksgiving so it didn’t count as a business day. That argument failed when it was noted that UPS had logged the package into their system on Friday when they were supposedly closed. Shawn then agreed that a refund was due but said I would have to get it from UPS because the failure was theirs, not MSoft’s. He offered to connect me to UPS customer support which I asked him to do.

I went through the explanation of what had happened with the UPS customer support rep, read them the tracking number about 5 times before they managed to enter it into their system correctly, countered all of their arguments about why it wasn’t their fault, and was finally told that, yes, they owed me a refund and would I please wait on hold while they set the refund up.

I was put on hold.

A few seconds later a different customer rep came on the line and read me the same “hello” script I had heard before. I went through the same explanation of what had happened once again. First he told me the package wasn’t really late and the problem was that I didn’t understand  the tracking information UPS provided on their website. I told him I’ve been in the shipping business for well over a decade and have shipped thousands if not tens of thousands of packages. I know how to read tracking info. He then told me that yes, the package is late, but I have to get a refund from MSoft. He said UPS can’t give me a refund because they don’t have a shipping agreement with me, their contract is with MSoft. 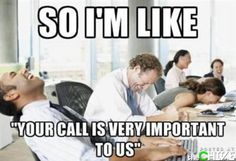 And then the script went out the window when a voice came on the line and said, “You don’t have to go to Microsoft because Microsoft is here.”

After he connected me to UPS customer support, Shawn had quietly remained on the line and listened to the entire exchange. He was not happy.

This is an ad. MSoft didn’t pay for this ad. MSoft walked the talk so they get the ad for free.

Shawn lit into the UPS rep and it was game on. Customer reps from two mega companies, each a titan in their respective business spheres, going head to head over a $10 customer refund.

It was no contest. Like the avenging angel of customer support, Shawn blasted every objection offered by the UPS rep with ease and authority, schooled him on the idea that customer support is supposed to actually provide support, and hammered home the point again and again that MSoft would not stand for having its customers treated the way UPS was treating me. He told the rep that although UPS was at fault, MSoft would cover the refund; they didn’t care about the $10, they cared about the way UPS was treating one of their customers. Shawn finished with a thinly veiled threat that if UPS couldn’t live up to the contract they had signed, Msoft would take its business elsewhere, and advised the UPS rep to cover his ass by escalating this interchange up the chain of command because he could rest assured that UPS would be hearing about it at levels way above his pay grade from an unhappy MSoft .

It was a total beatdown and the UPS rep was thoroughly cowed by the time the call ended. Ever seen an alpha dog dominate and discipline  a weaker member of the pack? On his back, paws in the air, tail tucked between his legs, throat exposed? It was like that.

Anyone who has read “What does Xbox One sales have “more than tripled” mean?” that was published on the Info Monkey a year ago knows that I am neither a fanboy nor an apologist for Microsoft. But when a company has your back the way Microsoft had mine, props ought to be given.

It’s easy to be cynical about this. Do I really think MSoft is going to sever its business relationship with UPS because one package or one thousand packages were not delivered on time? Of course not. MSoft is going to ship with whichever carrier gives them the best deal. But when was the last time you had a customer support experience like this? As I listened to the extraordinary confrontation between the two company reps, it felt like that moment when everything appears lost and the cavalry comes sweeping to the rescue. Only this time the cavalry had Microsoft logos on their uniforms. It was awesome.

I am a cognitive scientist, a freelance writer and author (Nutrition for Cyclists: Eating and Drinking Before, During and After the Ride), a musician (Parametric Monkey - stream on Spotify, Soundcloud and YouTube), a bookstore owner (Monkey Books - first edition mystery, science fiction, fantasy and more, listed on ABE books, Amazon and Biblio), and a retired house painter, children's theater actor & owner, and university professor. I'm also a regular contributor to the technology section at Forbes and I write a cycling blog called Tuned In To Cycling. You can follow me on twitter @TheInfoMonkey and contact me at murnane.kevin@gmail.com.
View all posts by Kevin Murnane →
This entry was posted in Personal story and tagged customer support, Microsoft, UPS. Bookmark the permalink.

2 Responses to Microsoft takes customer support to another level