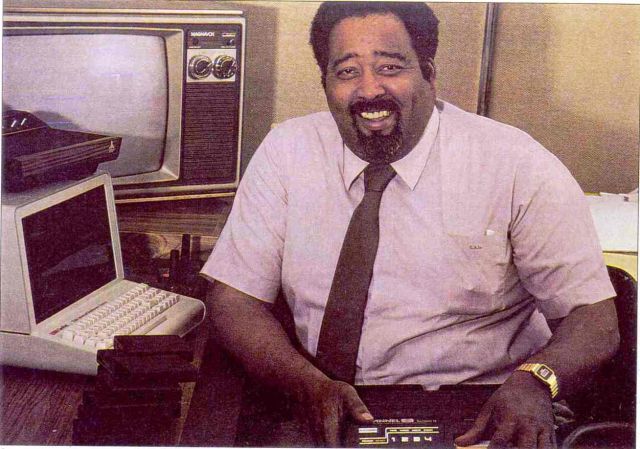 Jerry Lawson was a largely self-taught electrical engineer and video game pioneer who was almost forgotten during his lifetime. His father was a longshoreman who loved to read about science; his mother was uncompromising in her insistence that her son get a good education.

Lawson moved from the east coast to what is now known as Silicon Valley in the late 1960s and took a job with Fairchild Semiconductor. While he was at Fairchild he oversaw the development of the Fairchild Channel F gaming console. This was the first console with it’s own microchip, the first console with enough processing power to allow the player to play against a programmed AI, and the first console that was able to play games stored on a removable cartridge. The Channel F was also the first gaming console that allowed players to pause the game and adjust game parameters with a button on the controller.

Lawson was a maverick who went his own way and in doing so, introduced features to console gaming that are still with us today. He was creative, talented, interesting and he had some great stories to tell.

I’ve written a profile of Jerry Lawson for Ars Technica. Check it out if you’d like to learn more about a guy that should have been recognized and honored more widely than he was.

I am a cognitive scientist, a freelance writer and author (Nutrition for Cyclists: Eating and Drinking Before, During and After the Ride), a musician (Parametric Monkey - stream on Spotify, Soundcloud and YouTube), a bookstore owner (Monkey Books - first edition mystery, science fiction, fantasy and more, listed on ABE books, Amazon and Biblio), and a retired house painter, children's theater actor & owner, and university professor. I'm also a regular contributor to the technology section at Forbes and I write a cycling blog called Tuned In To Cycling. You can follow me on twitter @TheInfoMonkey and contact me at murnane.kevin@gmail.com.
View all posts by Kevin Murnane →
This entry was posted in Gaming, Technology and tagged Fairchild Channel F, Fairchild Semiconductor, Jerry Lawson, video games. Bookmark the permalink.