What Goes on in Your Head During Creative Musical Improvisation? Part 2

This is the second of a two-part article about what goes on in your head when you’re improvising music. In the first part we looked at what’s happening in the brain during creative musical improvisation. In this part we’ll take a speculative look at how the conscious experience of creative improvisation might be tied to what’s happening in the brain.

How do musicians describe what creative improvisation feels like? Sometimes when you ask this question you get what appear to be conflicting answers. 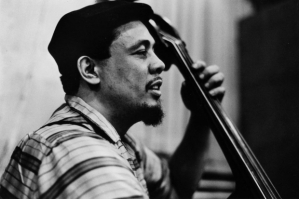 At times musicians talk about creative improvisation as expressing something essential about themselves.  Here are some examples.

Louie Armstrong: “You blows who you is.”

John Coltrane: “My music is the spiritual expression of what I am: my faith, my knowledge, my being.”

Charles Mingus: “In my music, I’m trying to play the truth of what I am.”

At other times musicians describe creative improvisation as something that takes them beyond themselves. Here are some examples of this idea.

Charlie Hayden: “Creative Arts raise a person to another level of consciousness.”

Miles Davis: “Play what you know & then play above that.”

These two ideas about creativity are often echoed by artists in other fields of creative endeavor when they talk about how the practice of their art involves putting their deepest selves on display or when they speak of their art flowing through them from a source outside of themselves.

There appears to be a conflict here. On the one hand it sounds like creative improvisation involves going beyond or outside of yourself while on the other it sounds like creativity involves expressing who you truly are. Are these two ideas contradictory? The research in neuroscience  that was described in What Goes on in Your Head During Creative Musical Improvisation? Part 1  suggests that they may not be.

Most people spend most of their time doing something.  Most of these activities are ordinary every-day affairs like going to work, walking the dog or playing a musical instrument. In almost every case doing something involves carrying out behavior that is designed to achieve a goal. For example, we engage in the behavior necessary to drive a car and navigate it safely through traffic in order to achieve the goal of arriving at work on time, or we carry out the sequence of movements involved in playing a musical instrument with the goal of playing a passage through without making a mistake.

Because we spend most of our time doing something, we usually experience ourselves as a person engaged in an activity. In other words, our experience of ourselves usually involves a combination of our overriding goals and the behavior we are carrying out to achieve those goals. One way to think about this is that we know and are familiar with ourselves as a person engaging in fairly ordinary, goal-directed behavior. 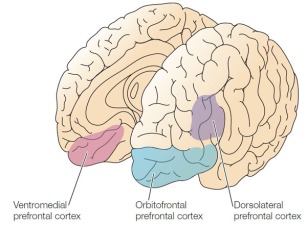 Being in this different state of mind means that the improvising musician experiences him or herself in a way that is different from normal.  This difference may be an important factor in explaining why musicians sometimes talk about creative improvisation as going beyond yourself and at other times talk about it as expressing who you truly are.

If a person’s sense of self is strongly grounded in the way they experience themselves during the ordinary goal-directed activity that takes up most of a person’s time, being sensitive to the decreased level of activation that occurs in lateral prefrontal cortex during improvisation may contribute to a sense of going beyond yourself. The ordinary self is experienced as a combination of goals, behaviors carried out to achieve those goals, and constraints placed on those behaviors to insure that they are carried out correctly, in proper order, or in socially acceptable ways.  Relaxing the constraints through deactivation of the orbitofrontal and dorsolateral areas of prefrontal cortex might give the musician a sense of self that is unfettered, separate and distinct from particular behaviors, and different from the way the self is normally experienced. This sense of self as experienced during improvisation might be described as going beyond yourself (Dave Brubeck), playing above yourself (Miles Davis), or rising to a new level of consciousness (Charlie Hayden). 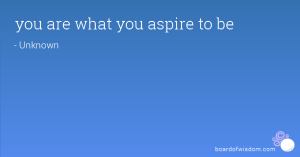 Conversely, if a person’s sense of self is strongly grounded in their goals and aspirations, being sensitive to the increased level of activation that takes place in medial prefrontal cortex during improvisation may contribute to a sense of expressing who you truly are. Again, the self is typically experienced as a combination of goals, behaviors, and constraints. An increased level of activation in medial prefrontal cortex where goals are maintained independently of behavior might give the musician a sense that their self is being expressed in a way that is more real or more true than the way it is normally expressed when intentions and aspirations are more closely associated with behavior. This sense of self as experienced during improvisation might be described as playing what you are (Louis Armstrong), the truth of what you are (Charles Mingus), or the spiritual essence of what you are (John Coltrane).

When jazz musicians and other creative artists talk about creativity they may say things that seem to be contradictory about how creativity relates to the self. However, the pattern of increased activation in medial prefrontal cortex combined with decreased activation in lateral prefrontal cortex that is observed when musicians are improvising indicates that the contradiction may be an illusion.  Rather than being in conflict, characterizations of improvisation as either expressing the true self or going beyond the self may be reflecting different aspects of what’s going on in the brain during creative musical improvisation.

I am a cognitive scientist, a freelance writer and author (Nutrition for Cyclists: Eating and Drinking Before, During and After the Ride), a musician (Parametric Monkey - stream on Spotify, Soundcloud and YouTube), a bookstore owner (Monkey Books - first edition mystery, science fiction, fantasy and more, listed on ABE books, Amazon and Biblio), and a retired house painter, children's theater actor & owner, and university professor. I'm also a regular contributor to the technology section at Forbes and I write a cycling blog called Tuned In To Cycling. You can follow me on twitter @TheInfoMonkey and contact me at murnane.kevin@gmail.com.
View all posts by Kevin Murnane →
This entry was posted in Music, Neuroscience, Science and tagged brain, creativity, music, musical improvisation, neuroscience, science. Bookmark the permalink.

5 Responses to What Goes on in Your Head During Creative Musical Improvisation? Part 2