Streaming, Music and Money: Show Me the Money 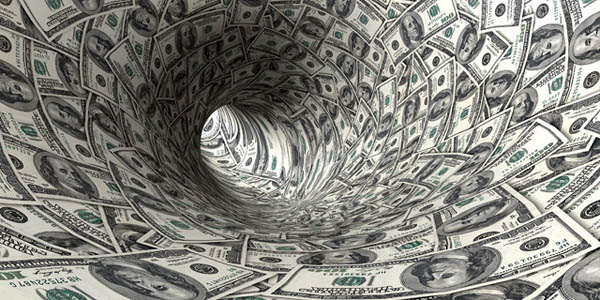 Streaming is changing the way people listen to music while record labels, music companies, music providers, and musicians complain that they’re not getting enough money. Is there money in streaming? How much money? Who is getting it? Why is everybody complaining?

According to the RIAA (Recording Industry Association of America) wholesale revenue in the music industry reached $4.86 billion in 2014. Streaming provided $1.87 billion or 27% of the total. Taking the percentages given in Information is Beautiful‘s “Selling Out” infographic as rough estimates, and considering only musicians who are signed to a label, the musicians received approximately 20% 0r $374 million from streaming, the music providers like Spotify and Pandora received 25% or $467.5 million, and the record labels got the remaining 55% or $1.o285 billion. Note that these numbers overestimate the amount received by the record labels and underestimate the amounts received by the music providers and musicians because they do not include the portion of the $1.87 billion that came from streaming and went to musicians who are not signed with a label.

$1.87 billion in one year is a lot of money. Why are musicians, music providers, and music companies complaining? 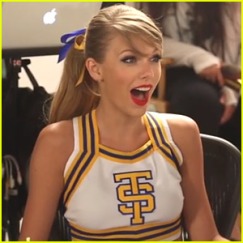 Taylor Swift made $608.1 million from streaming in 2014 and pulled her music from Spotify because she wanted more money.

First, let’s look at the musicians. As we saw in the first two articles in this series, neither completely independent musicians nor musicians who are signed to a label (other than megastars like Taylor Swift) are getting very much money from streaming . As shown on Selling Out, the income for each streamed song is so low that in most cases it takes hundreds of thousands, and in the case of Deezer, Spotify and YouTube over a million, streams per month to make minimum wage in the US. A significant portion of the money that does flow to musicians goes to a small number of megastars who generate a million streams or more per month leaving little for everyone else. Moreover, as pointed out in the previous article in this series, musicians who are signed to a record label and are not well established stars with a long track record often see the streaming money they generate from artist royalties go to their record company to pay back the money the label has invested in the artist.

What about the music providers like Spotify? Streaming music to listeners has the potential to be a very lucrative business. A record label has to find, develop, support and record talent and then hope their artists succeed in the music marketplace. The music provider doesn’t have to worry about any of this and doesn’t care which artists are successful. As long as people stream music, any music, the provider makes money.

Record labels, the music companies that own them, and well-established musicians would much rather see their music downloaded than streamed for a very simple reason. They all make a lot more money from a downloaded song than from a song that is streamed. While the groups that make money from music prefer downloads, the people who listen to music are showing an increasing preference for streaming with the consequence that the proportion of music industry revenue that comes from streaming has grown steadily since 2009 as shown in the graph above.

These graphs illustrate the heart of the problem the music industry has with streaming. With increasing frequency listeners are choosing to listen to music and pay less rather than own music and pay more.

If this situation is so bad for the record labels, why do they sign licensing agreements that allow their catalogs to be streamed to listeners? Because they are afraid more people will turn to piracy if they block streaming. Some money is better than no money at all.

Streaming is not only changing the way people listen to music, it is changing the value structure of the music business.  Where is the value? We’ll look at that question in the next article in this series.

(Full disclosure: I am a completely independent musician that makes, sells, and streams music under the name Parametric Monkey on Spotify, Google Play, iTunes, Deezer, Tidal, YouTube and many other streaming services such as Soundcloud that are not shown on Selling Out. I’m a member of ASCAP as both the publisher and the songwriter of the songs I release as Parametric Monkey. The aggregator I use to place my music with streaming services is Tunecore.)

I am a cognitive scientist, a freelance writer and author (Nutrition for Cyclists: Eating and Drinking Before, During and After the Ride), a musician (Parametric Monkey - stream on Spotify, Soundcloud and YouTube), a bookstore owner (Monkey Books - first edition mystery, science fiction, fantasy and more, listed on ABE books, Amazon and Biblio), and a retired house painter, children's theater actor & owner, and university professor. I'm also a regular contributor to the technology section at Forbes and I write a cycling blog called Tuned In To Cycling. You can follow me on twitter @TheInfoMonkey and contact me at murnane.kevin@gmail.com.
View all posts by Kevin Murnane →
This entry was posted in Music and tagged music, music industry, music industry revenue, music streaming, Spotify, Taylor Swift. Bookmark the permalink.

3 Responses to Streaming, Music and Money: Show Me the Money